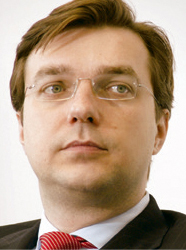 Mr. Dkfm. Simon Paul Vestner was born in Munich at 4th of January 1978. After graduating from “Pater Rupert Mayer Gymnasium”, he continued his technical studies at the University Karlsruhe from 1998 to 2001 and studied afterwards economical science from 2001 to 2005 at the “Johann Wolfgang Goethe” University Frankfurt and “Ludwig Maximilians University” in Munich. Consequently he completed his military duty at the military police where he is still reserve officer.

Mr. Dkfm. Simon Vestner is interested to find and get partners from further regions in Europe, which clearly shows his openness on ways for exploring new ways of business development. As a result Dkfm. Simon Vestner has a strong aim to make Vestner Aufzüge GmbH, within a short period of time, the biggest family governed elevator group in Europe. His success is characterized by listening to the needs of customers and employees and to build up pragmatic cost effective tailor-made solutions

With Vestner U get upwards! We are dedicated to elevate people!