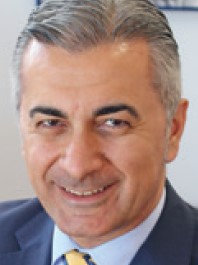 Born in 1973, Mr. Ersoy graduated from Istanbul University, Department of Business Administration in 1995. In 2000, he received his MA in Management from Bahrein University.

Mr. Ersoy worked in BP Turkey in 1995 and continued his career as Deputy Branch Manager in Bahrein Branch of Pamukbank T.A.Ş. between 1996-2002.

Between 2011-2020, he assumed the role of CEO & Chairman of the Management Board of DenizBank AG, subsidiary of DenizBank Financial Services Group, and has been serving in the banking sector for 24 years.